Re: Cosplay Sesame Posted by TygerMin on Jun 01, 2016
I got to know sweat very well LOL.  Fortunately for me, only my head and hands were covered with Oscar and Mickey.  In fact, I felt sorry for the people that insisted on hugging me or putting their arms around me, because I know how bad my shirt was.  On the flipside, as hot as it was, the reactions were just priceless!
Re: Cosplay Sesame Posted by TygerMin on Aug 15, 2016
Big bird keeps being put on the back burner, really struggling with that one.  Probably less on building, and more on performing.  That being said, Doctor Oscar took home 1st in the Casual Costume category at GeekFest!

That version is being retired, going to remake it with a bigger trash can and a fan in the head!  But before than, going to work on another character.  Darth Cookie.  His outfit will be a mix-up with parts from Vader, Maul, Anakin, and Dooku.  Black and Dark Blue.  He will have a double bandoleer with cookies to hand out, since the Dark Side has cookies :D  I do have a question on the head.  Here is my previous attempt versus what he looks like:

hmmm...was going to keep the mouth opening smaller like Oscar's, but an open mouth seems to be more in character.  Anyway, I used an enlarged Roly pattern from Project Puppet.  Any thoughts on how to create a flatter head to better fit cookie?  Would it be as simple as cutting down the foam skull and trimming excess fabric?
Re: Cosplay Sesame Posted by Gail on Aug 15, 2016
Congratulations on the award! You want the mouth plate the head foam to match up so it seems to me that taking a larger diamond dart in the top of the foam and fabric might lower the dome and make the mouth seem bigger.  You could put some pins in to see if that looks more like you want before you cut or sew. Cookie has a mouth that is very free to open easily and widely, his fabric seems looser to achieve that, especially around the corners of the mouth. Can you trim some off the mouth palates to get more room?  Good luck.
Re: Cosplay Sesame Posted by TygerMin on May 07, 2017
A year later, took Darth Cookie out to Free Comic Book Day.  He was a hit.  Don't have the pics, but had several kids scream "Cookie!" and come running for a hug

Not real happy about the head, but it worked and people loved that the eyes googled when I moved.  Pin the pupils on, such a simple tactic.  Probably going to enter Cookie into the costume contest in August to defend my title :D 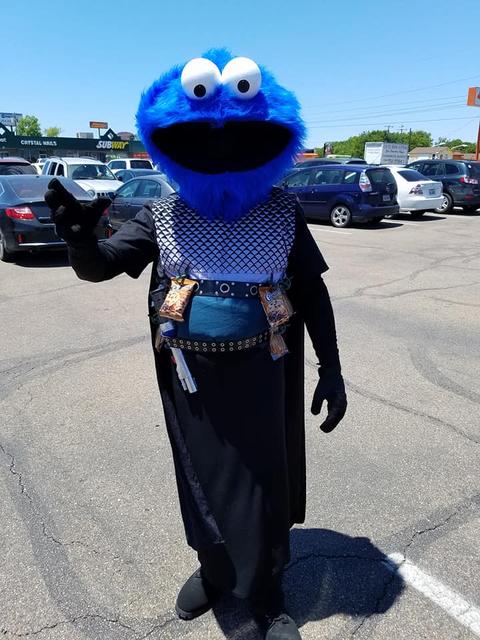 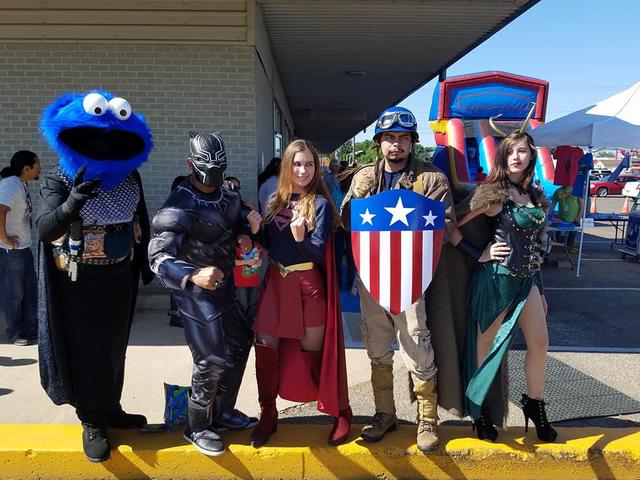 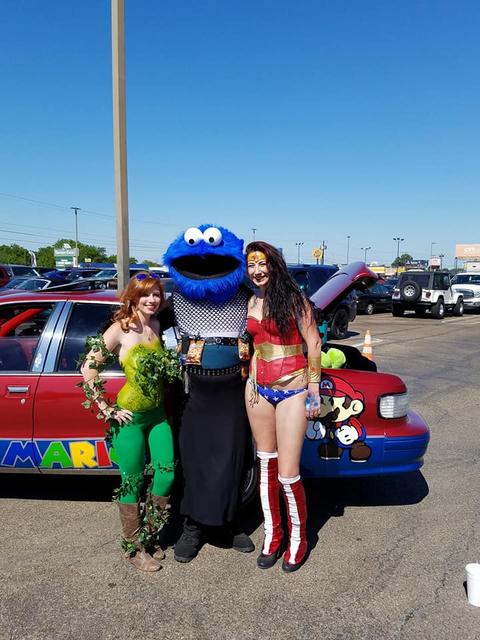 Re: Cosplay Sesame Posted by Shawn on May 08, 2017
Looks good!
Re: Cosplay Sesame Posted by Gail on May 09, 2017
Now you need a dirty old shoe and a sonic screw driver in your pocket. I have a record of Oscar's I love trash song. Too bad don't have a record player that works. "Anything dirty or rotten or rusty, anything ragged or jagged or dusty yes I love trash!"  He looks great, worth the wait.
Loading