I've recently started making some puppets as a hobby.  I've been working with some of the Project Puppet Patterns.  But now I'm looking to step my game up as it were.

I wanted to make more unique and interesting faces for them.  Basically add some structure to them.  I've seen this being done a few times when people have shown progress on ones they've been working on.  (As an example, I saw one that someone was doing of Hellboy.)

So what process do people use to sculpt the face,and then still cover them with fabric? Do people actually spend all the time to make a specific pattern to cover all the peaks and valleys faces like this make?  Or can you use something like a spray on glue, then work the fabric in?

Any suggestions would be greatly appreciated! 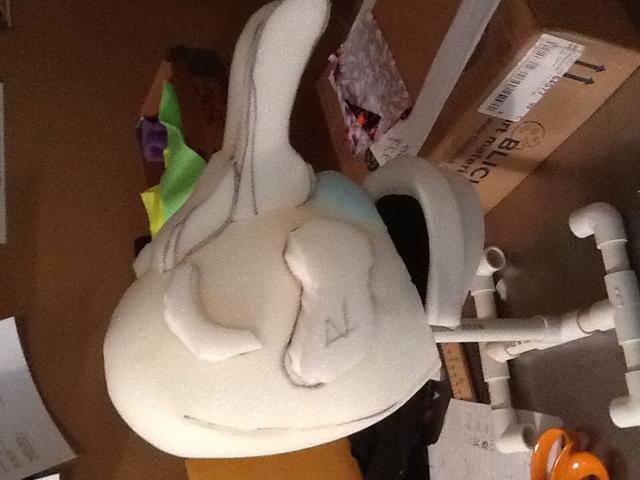 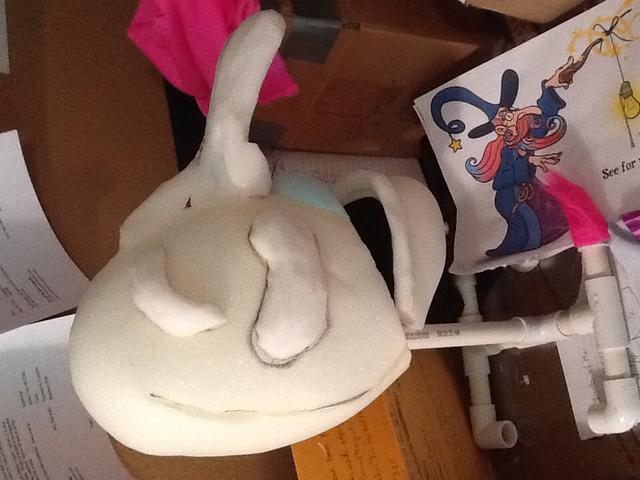 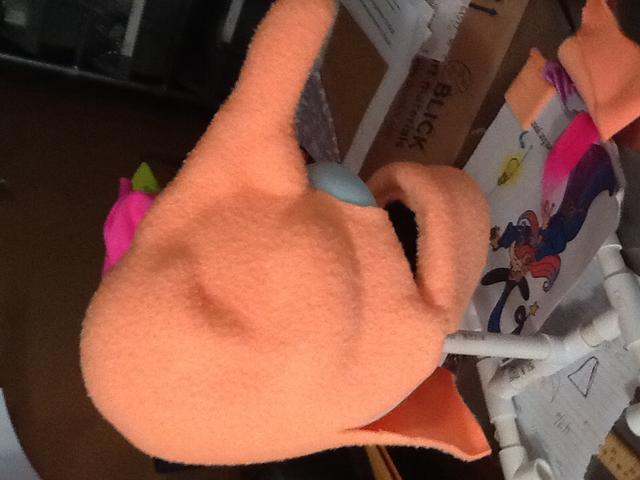 I start by hot gluing the fleece to the inside mouth then work my way up the face around the features to the top of the head. 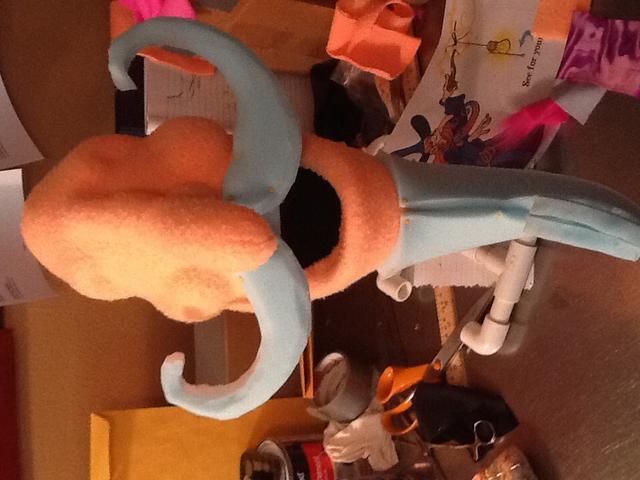 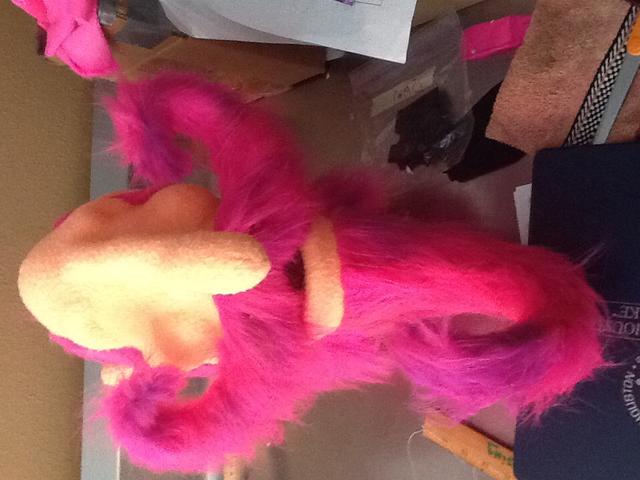 Julie.
Re: Making more interesting faces. Posted by chameleonguy on Jan 29, 2014
So from looking at the pictures, you must make a pattern that roughly fits the head, then glue it down around the individual features, working up and back.  Does that sound about right?
Re: Making more interesting faces. Posted by Out of the Box Puppets on Jan 29, 2014
I make the basic head shape first. Then the features such as the cheeks, eyebrows, lips etc.  the are glued with contact cement. Then shaped. The nose was covered separately. Then with hot glue start from mouth up towards top of head. Or from mouth down chin.

Julie
Re: Making more interesting faces. Posted by Out of the Box Puppets on Jan 29, 2014
This is another option

@chameleonguy - If you are unsure about this process you can try it first with something like t-shirt material. Now don't glue it to the head but use it to get your basic shapes that you need with the darts in them.  Then once you have something close you can transfer that to your fleece and cut it.

The beauty of that also is that you end up with a pattern of sorts that you can maybe re-use.
Re: Making more interesting faces. Posted by chameleonguy on Jan 30, 2014
I'm starting to get a feel for what's going on.  I was thinking in terms of using one technique to do the whole thing, but it's more of a collection of techniques.  Make patterns for the larger features like noses, and glue down the subtler ones, like brows, cheeks, etc...

The only other question I have, would be based around how Julie described the nose on the first character being done separately from the rest of the head.  How do you get them to blend together?  Just glue the edges close together?

Thanks for all the help!

Re: Making more interesting faces. Posted by Shawn on Jan 30, 2014
You hand stitch the seams from the top.  That is what the "Henson stitch" is for.

I am lazy so I often will drape and pattern out the bulk of things and then stitch up normally on the machine. Then I lay it on the puppets head and hand stitch from the outside.  Even if you can't afford Antron regular polar fleece has enough nape that the seams should pick out and hide pretty well. I've even done this with fabrics that have no nape. If you keep your seams clean and neat it is ok if they are seen some.
Loading