Blast from the past Posted by SHould on Aug 16, 2014
Hi everybody, wow, it's been forever since I was here last. I am recently working on several projects, some of them are about writing my first books, and while I was in a rut in my writing, I decided to check in my workshop and found an old marionette I had first started when Shawn was doing a tutorial on marionette making. So I decided to continue on the project, as I am making a wacky body for my character. I don't know if I am doing right or wrong, just following an idea as I go. So I would like to say hi to everybody and know that I will be lurking around for ideas and inspiration, answers and ask questions if necessary. Later and see you all on the other side of the curtain :D
Re: Blast from the past Posted by Shawn on Aug 17, 2014
Hey Should! Great to see you back!

Yep been a long time since I was doing those tutorials.  We never really finished but I am sure you can get things sorted out. Feel free to ask if you have any questions.

P.S.  I'll look into the twitter thing.
Re: Blast from the past Posted by SHould on Aug 17, 2014
Hi Shawn, it is great to be back. I do have a question, it is easy to find marionette patterns, but as for the controllers it is a whole other ball game. Where on the net can I find good controller ideas and patterns? Thanks.

Yeah, it has been a while but remembering how we did the head, I know I can just use the same steps to make the body, which I am working on right now. Should be fun.

P.S.: Thanks for the twitter issue.
Re: Blast from the past Posted by Shawn on Aug 18, 2014
There is not a whole lot on the web in the form of "patterns" for controllers. There are some images if you google and look at the images but not always very clear.  I always use a simple air plane control for marionettes. 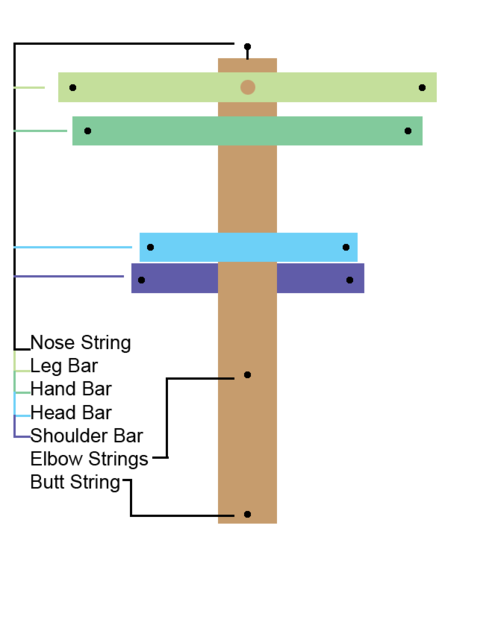 Thank you Na, it's good to see you. Are you still in Shadow puppetry?

I am sort of. I am just now transitioning to a new brand, the idea being that there will be some shadow puppets and some other artsy type stuff like short illustrated novels and things. I'm currently working on a poster, and developing an idea for some short-run wall art as a way of fundraising/using up some of my materials. Maybe, if I can be bothered